Comedian Chris Rock to live stream a special, Kevin Nealon shows a new talent, HBO's handling of female comics and the death of a comedy pioneer.

Chris Rock is already one of comedy’s heaviest hitters (he can take a punch – well, slap – too.), but that stature isn’t stopping him from taking risks.

The latest example: Rock is about to become the first stand-up comic to live stream an entire show on Netflix.

A former Saturday Night Live cast member, Rock has been performing stand-up comedy for more than three decades. Rock’s also starred in blockbuster motion pictures and had his own television series. It sounds like if all goes well with Rock’s livestream special, Netflix will bring more such live performances to its platform.

Today’s Comedy Showcase also includes news about another former SNL star, Kevin Nealon, and a new artistic pursuit he picked up during the pandemic. 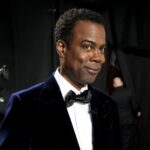 Chris Rock’s next comedy special will stream live on Netflix early next year. The comedian’s stand-up set will mark the streaming giant’s first parlay into the live-streaming arena, potentially setting the stage for any number of other programs to do the same. No pressure or anything.

“Everybody wants the picture”: Why Kevin Nealon learned to draw caricatures when comedy clubs closed 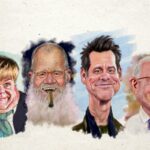 In a nearly 50-year career in comedy and acting, Kevin Nealon has nonetheless crafted a durable stardom on his own terms. Along the way, he’s also chronicled his adventures through his drawings, sketching everybody from fellow airline travelers to superstars. Now, for his new book, “I Exaggerate: My Brushes with Fame,” he’s created a visual memoir of caricatures and reminiscences, featuring the likes of Robin Williams, David Letterman, Chris Rock, Steve Martin and Tiffany Haddish.

When It Comes to Female Comedians, HBO Is Still Making Up for Lost Time

As HBO celebrates its 50th anniversary, much has been made of the channel’s shifting image over the years. Now seen as one of the most exciting platforms for creative freedom (or at least it was before David Zaslav came along), for the majority of its existence, this was mostly only true for men. For The New York Times, John Koblin detailed HBO’s transition from “a channel for men” to female-centered content and creators. HBO’s early success with women-led dramas eventually gave way to experimental shows Michaela Coel’s I May Destroy You and Lena Dunham’s Girls, but women-led comedies moved at an even slower pace.

A comedian explains how to quit social media

James Acaster’s Guide to Quitting Social Media presents itself as a “how-to” or is a 272-page stand-up comedy special. It’s no surprise that a stand-up comedian would write a comedy book — indeed, this is Acaster’s third trip to the literary well — but it’s nevertheless striking how fully the Kettering-born joker commits to the routine this go-round.

Budd Friedman, who turned a dingy New York coffeehouse called the Improv into a vibrant showcase for stand-up comedy, helping to usher in the 1970s and ’80s comedy boom by showing that a club could thrive on stand-up alone — without musical acts on the bill — died Nov. 12 at a hospital in Los Angeles. He was 90.

Awad Worth The Wait

Nothing Funny About Nicole Rather than risk turning...

Florida’s Funniest Back On Track A computer glitch...

The Funniest Returns Following a two-year hiatus, the...

The Resurrection Delayed Producers had hoped to release...

Passing The Test Feedback from test sessions, including...

If you are a #sloth, you don't want to run into Nadeem Awad. Seriously. He'll punt you. What will he do tonight at the @BiergartenBoca? Come to #BocaRaton and find out. #Boca #SFLComedy #ThanksgivingEve @applausebreakcomedy https://www.instagram.com/reel/ClTzgh7uqRq/?utm_source=ig_web_button_share_sheet

Why would #SouthFlorida comic @DannyFallonhaha want to document a set that leans heavily on adventurous experiences from his personal road to #recovery? #soberlife He discusses that, and what's next, here. https://applausebreak.com/turning-the-page-danny-fallon/