DELRAY BEACH – Is CNN about to enter the comedy business?

Reports spread across Al Gore’s Internet on Monday that the news network is considering hiring a comedian to host a late night talk show.

CNN has undoubtedly noticed the ratings Greg Gutfeld is garnering on Fox News with his weeknight, 11 p.m. “Gutfeld!” show. While Gutfeld isn’t a stand-up comedian, almost every night the news talk show has at least one comic on the panel.

The comedians only perform traditional stand-up on extremely rare occasions. Instead they add levity the round table-like discussion of the day’s news.

It will be interesting to see whether CNN can duplicate Fox’s success.

Also in today’s Stand-Up Spotlight, comedian Rob Schneider, a previous guest on Gutfeld!, discusses his fight against woke authoritarianism. There also a story about how comics in India are increasingly relying on social media to advance their careers, and a review of John Bishop’s politically charged latest show.

CNN is serious about getting into comedy 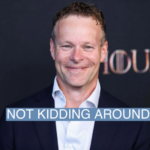 CNN is considering hiring a comedian to host one of its prime time shows.

The “news entertainment” personality could fill the primetime 9 to 11 p.m. hours with a nontraditional version of the news, five people familiar with the planning said. CNN executives have floated names including Bill Maher, Trevor Noah, Arsenio Hall, and Jon Stewart, and have looked at other comedic news-focused talk shows for inspiration.

Rob Schneider: We have to stop the encroachment of authoritarianism in America 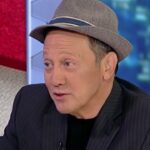 Actor and comedian Rob Schneider dished about concerns in today’s America and the political divide that is pinning Americans against each another.

Schneider explained to Fox News’ Brian Kilmeade on “One Nation” why he’s not afraid to speak up on controversial issues and what makes him most worried for his children’s future.

Click here to view original web page at Rob Schneider: We have to stop the encroachment of authoritarianism in America 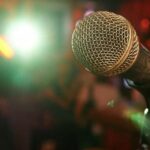 HYDERABAD: Stand-up comedy has taken centre stage in entertainment in the city. Comedians have taken this profession in a more serious way, and so most have been getting to watch them on stage almost every day. With the help of social media, these comedy stars have not been looking back and have been doing the best of the content. While this year seems way more interesting to these humorous buddies, we get in touch with them about what they have planned to make their shows even more convincing to the audience and how they have been getting good responses from the public as well.

During Saturday night’s The John Bishop Show, the comedian discussed several topics that have been hitting the headlines this week. The stand-up comic opened his ITV show by chatting about political issues and the NHS strikes. He also welcomed guests Mo Gilligan, Sue Perkins and Tom Allen onto the sofa.

However, John’s opening rant left viewers divided, and while many praised the comedian for highlighting important issues, others claimed to “switch off”.