Several stand-up comedians discuss they jobs they abandoned for the microphone, a Joe Rogan story and more in today's Stand-Up Spotlight.

DELRAY BEACH – A comedian’s path to stand-up comedy can be fascinating.

Some are drawn to perform at an early age. Others get the bug a little later in life, figuring it will be a fun hobby. And some simply get fed up with their 9-to-5 life and search for a change.

Michael Akadiri left a career as a doctor for the microphone. His parents must have been so excited to hear that news. Andren Bernardo had a nursing career before entering stand-up, while Rick Lemieux was a police officer before making the switch – a move local to which local comic Chad Ridgely can relate.

It takes courage to leave an established career for the long nights and low pay of stand-up comedy. Maybe these stories can serve as inspiration for some South Florida comedians.

Also in the Stand-Up Spotlight, Joe Rogan discusses his early days as a stand-up comedian, and a Q&A with comedian Jon Richardson.

Let loose the funny, my friends.

We’ve all heard stories about what it’s like to work for the NHS, but junior doctor and fast-rising stand-up Michael Akadiri takes it one step further by adding a darkly comedic spin to his experiences.

His show, “No Scrubs,” was nominated for a NextUp Biggest Award in Comedy, and this is Michael’s first nationwide tour. It will be stopping off in Cambridge in February. The tour follows Michael’s debut, sell-out run at the Edinburgh Fringe.

Q&A with Andren Bernardo, a registered nurse who gave up his job to be a stand-up comedian

MANILA, Philippines – It’s a classic Pinoy conundrum: to fulfill your parents’ wishes, you worked your butt off to become a registered nurse, but there is a nagging – deep in your heart – that there is something else you’d rather be doing. At 25 years old, Andren John Bernardo was caught right in this dilemma, but unlike most Filipinos, the path he’d much rather tread was trickier than usual: the life of a stand-up comedian.

Despite the odds and the judgment of his relatives, however, Andren took the plunge, and at 33 will soon be headlining his first live comedy special, Dirty Minutes, on February 22 at Mow’s, Quezon City.

Click here to view original web page at Q&A with Andren Bernardo, a registered nurse who gave up his job to be a stand-up comedian 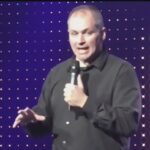 A former Timmins police officer turned comedian is set to record his first comedy album next month. Rick Lemieux has been preforming stand-up comedy on-and-off for the last 20 or so years. Now, drawing from his life experiences, he said he is finally ready to record a comedy album.

Lemieux told CTV News that being a police officer made it difficult to joke about his job on-stage. Now, since moving on from the force, he said he has been practicing his routine and his jokes can get a room laughing better than ever.

Joe Rogan Recalls the “Best Thing” He Did to Counter Staying Alone in a Hotel Room: “I Started Bringing…” 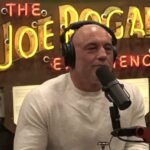 Joe Rogan may have a background in martial arts, but he has become one of the most recognizable voices in showbiz. He has the world’s biggest podcast and has also become one of the best commentators in combat sports. However, Rogan also tried his hands at stand-up comedy. He recently revealed his experience in the early days of doing stand-up acts in a recent episode of his podcast. Rogan started doing comedy specials in 2005. He had a couple of people working for him who would film his comedy tours and release them on the ‘JoeShow’ series. The 55-year-old then proceeded to work on comedy specials and even signed a deal with Netflix.

Click here to view original web page at Joe Rogan Recalls the “Best Thing” He Did to Counter Staying Alone in a Hotel Room: “I Started Bringing…”

Jon Richardson: ‘My personal decline is much funnier than that of the country’ 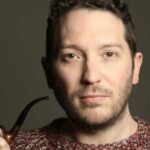 The comedian on supermarket petrol stations, working with his wife Lucy Beaumont and the comedy heroes he fell in love with in the 90s.

How did you get into standup?
Sadly, by leaving the town I grew up in [Lancaster] and my family. I hope things are different now, though I suspect they are not. But the opportunity to perform regularly, to learn from the best and to meet people who could help me forge a career came only when I moved down south. Level up shmevel up.

Click here to view original web page at Jon Richardson: ‘My personal decline is much funnier than that of the country’