The comedy scene in Washington is taking this idea to an entirely new level, creating a two-day festival comprised of comics with disabilities.

The event is being produced by Dan Hurwitz, who is described on The Disabled List’s website as “a disabled, Black, and Jewish writer, comedian, and filmmaker.”

Seven comedians with either mental or physical disabilities will take the stage over the two nights, each performing at least 10 minutes. Saleem closes both shows with 20-minute sets.

It’s probably too late for any Floridian’s interested to head across the country for the festival, but it does beg a couple questions: Could Florida comics create something similar? And would people attend?

Also in the Stand-Up Spotlight is an article from disabled comedian Dawn Grabowski discussing how language can make disabled people feel more included. There’s a preview of the Ambie Awards, which will be hosted by Larry Wilmore, and we’ve included this week’s Applause Planner with information about tonight’s comedy show at a Delray Beach movie theater headlined by Carl Rimi.

Let’s get out there and be funny.

As Dan Hurwitz performed stand-up comedy around the state, he saw that there were lots of nights focused around people of color and LGBTQ+ people. But he never saw a show with a focus on people with disabilities.

“We wanted to create our own space in the same way that other groups have created space for themselves,” he said. “Comedy and art can really connect people.” So together with another local comedian, Kayla Brown, he started a collective of artists with disabilities called The Disabled List. From invisibility, The Disabled List has built a community that can support its own comedy festival, happening for the first time Jan. 27-28. As far as they know, theirs is the first disability-focused comedy festival in the Pacific Northwest.

Diversity is Not About Nouns: Finding Commonalities with the Disabilities Community 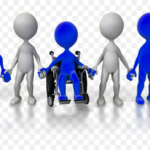 As a comedian, I have found that comedy is particularly effective at leveling the playing field when it comes to communication with an audience. But, as a ‘Sit-Down’ comic (born with Cerebral Palsy – C.P.), I understand the subtleties between expressing disability as a flaw rather than a challenge. Regardless of one’s abilities, comedy, at its best, can unite people through language and storytelling: “The bigger your flaws the better your comic character,” says Jerry Corley, founder of The Stand-Up Comedy Clinic. “Basically, in comedy, your flaws become your power,” 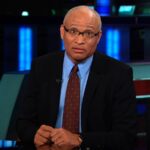 The audio community was surprised when it was announced that veteran comedian and actor Larry Wilmore is set to host the 2023 Ambie Awards.

This series of awards is given in the podcast industry for two categories. The awards, also known as the Academy Awards, will take place on March 7, 2023, in Las Vegas. 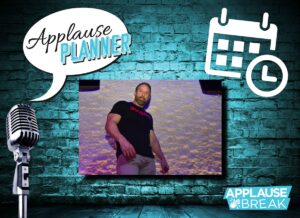 Wednesday brings a top stand-up comedy show to a Delray Beach venue that is both familiar and intriguing.

Sadman Comedy Productions is partnering with the Movies of Delray to create a live comedy show within a traditional movie theater.

Followers of the South Florida comedy scene recognize the Movies of Delray as the theater that comics Carl Rimi, James Patterson and Chad Ridgely chose to screen their movies. Rimi returns to the theater to headline its initial stand-up comedy show. Patterson will co-feature with local favorite Nadeem Awad. Producer David Sadman serves as host.