DELRAY BEACH – One subtopic of the “Will robots eventually replace all human workers?” conversation is, “Can robots replace comedians?”

About a year ago news of joke-telling computer Jon the Robot had much of the comedy world laughing at – not with – the application of artificial intelligence to the world of comedy.

A recent story from Mind Matters News (below) decided to look back on Jon the Robot’s progress as a stand-up comic over the past year.

The story finds that Jon the Robot – like many fledgling comics – does a pretty good job recycling old jokes, but isn’t particularly good at creating its own humorous material. At least not yet.

Artificial intelligence is one of 2023’s hot topics, especially around the Applause Break home office. In the coming weeks we’re looking forward to exploring the potential uses of AI in the comedy world.

Computers aren’t ready to take over comedy yet, but maybe Hal will eventually open those pod bay doors to comedy.

Also in today’s Stand-up Rundown is a story about Eddie Murphy’s appearance on last night’s Golden Globe Awards and his joke about the Will Smith slap of Chris Rock. There’s news as to what will be replacing New York’s legendary Caroline’s comedy club (is Susan Sarandon really trying to ruin the world?), and Bobcat Goldthwait discusses his feud with Jerry Seinfeld.

Even in these challenging times, let’s keep it funny, folks.

Can a Chatbot Tell Jokes. Yes, If They Are Stale 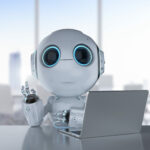 Corinne Purtill reported a year ago at Time Magazine on Jon the Robot, a chatbot that was programmed to learn to tell stand-up comedy jokes:

An experiment billed as a comedy act, Jon is the brainchild of Naomi Fitter, an assistant professor in the School of Mechanical, Industrial and Manufacturing Engineering at Oregon State University. The tiny android performs when a handler (who must also hold the mic) presses a button, then tells the same jokes in the same order, like a grizzled veteran comic at a down-market Vegas casino.

Click here to view original web page at Can a Chatbot Tell Jokes. Yes, If They Are Stale

Eddie Murphy jokes about Will Smith slap in Cecil B. deMille Award speech at Golden Globes

Eddie Murphy didn’t pull punches while accepting the Cecil B. deMille Award at the 2023 Golden Globes. Instead, he joked about “the slap” — yes, that infamous moment that took place at the 2022 Oscars — and taxes, while bequeathing advice to young Hollywood stars and hopefuls Tuesday night.

“To all the new up and coming dreamers and artists in the room tonight, I want to let you know that there is a definitive blueprint that you can follow to achieve success, prosperity, longevity and peace of mind,” Murphy said.

New York City’s beloved comedy institution Carolines on Broadway is going from serving up laughs to serving up paddles — with the recently shuttered venue set to become a table tennis bar.

The comedy club closed its curtains for good on New Year’s Eve after a legendary four-decade run, as it now transforms into Spin NYC Times Square — the ping-pong joint co-founded by actress Susan Sarandon. 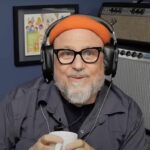 Syracuse native Bobcat Goldthwait is addressing his feud with Jerry Seinfeld in a new interview — and may be offering an “olive branch.”

Goldthwait appears on the latest episode of Tim Heidecker’s podcast “Office Hours Live,” discussing his comedy and film career, including the recent documentary/stand-up special “Joy Ride.” A “celebrity guest” (a.k.a. a Seinfeld impersonator) then calls in to crack jokes about the cast of “Seinfeld” and Goldthwait in a “Tim and Eric Awesome Show, Great Job!” style skit.