Looking back on the first season of "Chappelle's Show" 20 years after its premiere, but a Q&A with Donnell Rawlings in the Stand-Up Spotlight.

DELRAY BEACH – File this one in the “Time Flies” folder.

As hard as it is to believe, stand-up comedy has reached a point where comics are entering the scene who were born after “Chappelle’s Show” first appeared on Comedy Central.

This year marks the 20th anniversary of the premiere of Dave Chappelle’s “Chappelle’s Show,” a comedy sketch show that not only influenced stand-up comedy, but society as a whole.

The show instantly made Dave Chappelle a household name.

As social comment, Chappelle’s comedy is second to none. It’s both edgy and funny.

Watch the re-runs from that first season. The jokes still hold up.

Below is a story looking at “Chappelle’s Show” from the perspective of two decades later. It’s worth a read.

‘Chappelle’s Show’ Turns 20: Have We All Forgotten How Brilliant It Was? 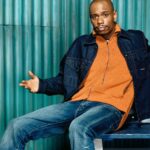 When Chappelle’s Show debuted on Comedy Central 20 years ago on January 22, 2003, nobody knew who Dave Chappelle was, outside of a few brief appearances in Robin Hood: Men in Tights, Con Air, and Blue Streak in 1999.

Mainstream didn’t associate him with stand-up, despite his very first special, Killin’ Them Softly, airing on HBO in 2000, and sketch comedy series like SNL and its ‘edgier cousin’ MadTV was reaching a lull as audiences entered the new millennium. But after the first episode and the closing Clayton Bigsby sketch, which introduced the concept of a black White supremacist, audiences were forced to sit up and pay attention to the man responsible for making them laugh so hard.

Click here to view original web page at ‘Chappelle’s Show’ Turns 20: Have We All Forgotten How Brilliant It Was? 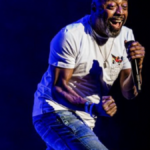 The last time that stand-up GOAT, Dave Chappelle, returned to Saturday Night Live as its host on November 12 – Chappelle’s third time hosting NBC’s SNL – he brought with him a welcome, but surprise guest considering his time away from the Chappelle Show series that made him a sensation: stand-up comedian Donnell Rawlings.

Along with being renowned for Chappelle Show characters in beloved sketches such as “Player Hater’s Ball” and “The Time Haters” (the latter of which Donnell reprised during Chappelle’s 2022 episode of Saturday Night Live), Rawlings performed as “Ashy Larry” and was responsible for the Chappelle Show’s weekly, post-show, outro’s shout-out: “I’m rich, biaaaaatch!” The phrase “comedian’s comedian” usually leaves me cold. The tired tag usually implicates a smart aleck-y brand of inside jokiness that never spreads its joy, outwards, to mere mortals.

That said, in the case of the late Gilbert Gottfried and the still-living likes of Marc Maron and Dave Attell, the “comedian’s comedian” name signifies a continuous, ever-present sharpness and unique take on stand-up comedy that draws nothing but envy and admiration from fellow comics.