One writer picks his top stand-up comedy clubs in the nation and a list of Netflix top January comedy specials top the Jan. 13 Stand-Up Spotlight.

The Improvs in Dania and West Palm Beach top the comedy pyramid. Further north, comedy shows at the Sunrise Theatre in Fort Pierce make for a wonderful night out. And the Palm Beach Kennel Club converts surprisingly well into a comedy venue on the nights it chooses to do so.

There are plenty of local bars providing a strong atmosphere for comedy, but a quick list of them would surely leave some out. (That might make for a good future story, though).

A writer from Philadelphia decided to take his list national. A. D. Amorosi recently compiled his list of the Top 10 comedy clubs in the nation. As might be expected, New York City and Los Angeles area clubs dominate the list, but he does mention one Las Vegas comedy club and, of course, one from Philly.

In an article blatantly written with SEO intentions, Amorosi doesn’t appear to list them in any particular order, he does seem to lean toward Largo at The Coronet in Las Vegas as his favorite. Spoiler alert: No Florida clubs make the list, and it’s unclear how many – if any – Florida comedy clubs Amorosi has attended.

Also in the Stand-up Spotlight, Uproxx offers its list of January’s top comedy specials – which may come in handy during this weekend’s Florida cold snap. We also learn how comedian Josie Long is using ADHD to her benefit, and that Jim Gaffigan’s Tampa shows next month will be recorded for an upcoming special.

Stay warm this weekend. And, of course, stay funny.

The Best Comedy Club in the United States 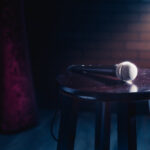 Beyond overlooking the two-drink minimum rule and being more design conscious than merely having brick as your background (hey, nothing wrong with brick, my dad was a contractor, just saying) what could make a live venue THE best comedy club in the United States? 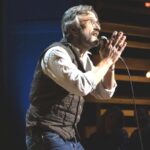 Going out on a limb here: you could probably use a good laugh. Fortunately, a lot of modern stand-up is more than just silly stuff. Comedians today have expanded their vision to become more like camp counselors and philosophers who can also tell a mean fart joke. Fortunately, it’s fairly obvious where to turn for The Funny these days because no streamer has invested in stand-up quite like Netflix. Forget the world and stream some acerbic humor because we’re listing the Top 25.

Josie Long shares why comedy and ADHD work well together: ‘It suits us in so many ways’ 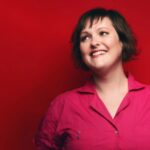 Anyone who needs a shot of optimism about how we can make the world a better place should spend time in the company of Josie Long, a comic in possession of a rare blend of open-hearted enthusiasm and righteous anger.

She’s just starting a tour of her latest acclaimed show, Re-Enchantment, which sold out its run at the Edinburgh Festival Fringe and is a typically entertaining combination of the political and the personal. 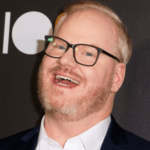 For years, Jim Gaffigan has been a household name. The comedian, known best for his stand-up comedy, is bringing his latest tour, The Dark Pale Tour, to Tampa from February 9-11 at The Straz Center. Not only will guests be treated to his hilarious antics about dealing with life’s crazy challenges, but these shows will also be filmed for his newest upcoming comedy special.

Choosing The Straz as his next filming location has been exciting for both fans and those involved with the performing arts center. “I love Jim Gaffigan’s work and his comedy,” said Greg Holland, President and CEO of The Straz Center. “I’m so impressed that he’s chosen to film The Dark Pale Tour here. It speaks to what the Straz is.”