Is a brother-sister comedy tour an awesome idea or doomed for failure? That and more addressed in today's Stand-Up Spotlight.

DELRAY BEACH – Andrew and Leah Rudick may not be household names on the stand-up comedy scene, but what they are about to do is potentially extraordinary.

The brother and sister recently launched The Siblings comedy tour, where they cross the nation performing together.

An actress, screenwriter and comedian, Leah is best known for her comedic Tik-Tok videos. Andrew does all those things, too, plus hosts a radio show on SiriusXM.

This tour grabbed our attention because South Florida comics, like comics all over the world, often draw from familial experiences for their comedy. Sometimes those families are well adjusted. Often it’s family chaos and sibling rivalry that inspires.

Which led us to wonder, how many South Florida comics could survive touring with one of their siblings? Sounds like an idea for a sitcom. Unfortunately, at the moment the tour schedule doesn’t bring them to South Florida, so we’ll have to monitor it from afar.

A link to a Q&A with Andrew and Leah appears below.

Also in today’s Stand-Up Spotlight there’s a story about how “Half Baked” nearly killed Dave Chappelle’s career, the cast for Kevin Hart’s new movie is identified, and Jerry Seinfeld reminisces about being fired from “Benson.”

Let’s be funny this weekend. 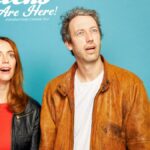 Leah Rudick is an actor, screenwriter and comedian based in Los Angeles who makes self-generated solo sketches on TikTok and Instagram that usually get 15 million+ likes at a shot. Andrew Rudick is a writer, actor and stand-up comedian who lives in the Midwest, appears on SiriusXM and makes comedy albums.

As brother and sister, there seems to be a Yin and a Yang as to who and what they are, separately and equally, as comic artists and performers. Yet, with their first ever co-joined stand-up comedy live showcase, The Siblings Tour – just started, the next date is in Philadelphia this Tuesday, January 17 at Helium Comedy Club before moving onto St. Louis, Hot Springs and points north – the find a way into a shared aesthetic while maintaining the integrity of individualism. Or something like that. 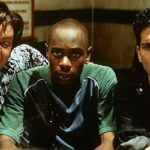 But despite its appeal, Half-Baked – which premiered in theaters on Jan. 16, 1998 – nearly sank Chappelle’s career. Before the film, the comedian was seen as on the rise in Hollywood. He had appeared in all the big stand-up comedy spots on TV, from Def Comedy Jam to The Late Show With David Letterman, and was beginning to land minor roles on the big screen, in projects like Eddie Murphy’s The Nutty Professor and Con Air. So he got together with Brennan and wrote a feature script and asked his buddy Breuer to costar. 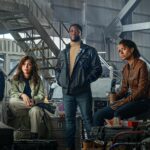 A new image for Kevin Hart’s heist film Lift has been released by Netflix. Hart was previously best known for his stand-up comedy, but now he’s fully made the transition from comedian to actor. He had a busy 2022 with acting projects such as The Man from Toronto, DC League of Super-Pets and Me Time. At the same time, Hart also served as executive producer on a slew of television series. In 2021, Hart signed a long-term deal with Netflix, planning to produce and star in four films for the streaming juggernaut. This deal included a first-look agreement for any film produced by his company HartBeat Productions.

Before Seinfeld, Jerry Seinfeld Was Shown The Door By The Comedy Series Benson 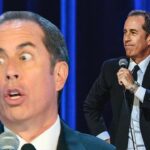 This show starred Robert Guillaume as Benson DuBois, the head of the household for Governor Eugene X. Gatling, and mostly focused on the conflicts and relationships within the Governor’s household. With seven seasons and more than 150 episodes, Benson aired for almost a decade, from 1979 to 1986.

In 1980, Jerry Seinfeld got to play Frankie, a mail-delivery boy who would often try to practice his comedy routines although no one wanted to hear them. Seinfeld would appear in a total of three episodes before being abruptly fired from the sitcom due to creative differences with the show’s producer.

Click here to view original web page at Before Seinfeld, Jerry Seinfeld Was Shown The Door By The Comedy Series Benson