After 13-year career, stuttering comedian Nina. G is about to record her first album. Plus, a Stand-Up Spotlight trip around the comedy world.

DELRAY BEACH – Much has to go right when performing stand-up comedy.

Landing a joke requires more than a clever concept. Stand-up comedians also have to nail the timing and the wording – not to mention the audience has to be ready to accept the joke.

Try attempting a career without being in complete control of one aspect that equation. Nina G. has done exactly that.

The San Francisco-based comedian is about to record her first stand-up comedy special despite struggling with stuttered speech all of her life. This comes after a 13-year career working area clubs and bars.

Along with being a performer, Nina G. also produces the “Comedians with Disabilities Act,” a nationally touring show that exclusively features – you guessed it – comedians with disabilities.

Nina G. will record her album during two March 9 shows at the Alemeda Comedy Club in California. The hope is to release the album later in the spring.

After that? Nina G probably expects that you ain’t seen nothing yet.

Also in today’s Stand-Up Spotlight, travel around the world of stand-up comedy with stories about “The Godfather of Chinese Stand-Up,” and Irish comic who’s coming up clover in Ireland, and the impending retirement of Toledo’s “Cookie Queen.”

Nina G, one of the first stuttering comedians, records debut solo album and live show at the Alameda Comedy Club 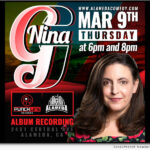 OAKLAND, Calif. — Thirteen years ago, Nina G made her debut as the first stuttering female comedian. Since then, she’s challenged the status quo of how people who stutter are perceived – onstage and off. So, in an industry that lacks speech diversity, Nina G’s unique voice will record both her first solo comedy album and comedy special on March 9, 2023 from 6 to 8 p.m. at the Alameda Comedy Club located in her hometown. The album is projected to come out later in the spring on the Punchline Records label with the comedy special to follow. 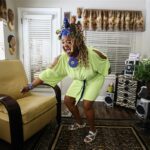 Make no mistake: Earlean “Queen Cookie” Mack Belcher has still got it. That’s not why the 73-year-old is retiring after a decade on the local standup comedy scene. She’s just ready for her next act.

Belcher kicked off her comedy career with an open mic night at the Toledo Funny Bone in January, 2013, and has since performed regularly at that venue and others in the area. She’s also hit a few higher-profile stages: A career high was touring with Mo’Nique, including a stop at the Apollo in 2017. 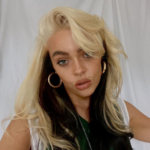 Anna Clifford is taking the comedy world by storm. The Howth native launched her career after studying comedy in Vancouver, Canada. She then moved to London, before returning home to Dublin. While living in London, Anna was a Funny Women regional finalist 2017, Laughing Horse semifinalist 2018 and Leicester Square New Act quarter-finalist 2017 and 2018. Goss.ie spoke to Anna for our latest Up and Coming feature, who opened up about how she finds confidence within herself and how she deals with criticism.

The Godfather of Chinese Stand-up: A Look at Comedian Joe Wong

Comedian Joe Wong is truly a force to be reckoned with in the world of stand-up comedy. Hailed as the godfather of Chinese stand-up comedy, he has made audiences laugh for years with his sharp wit and unique perspective on life. He has a PhD in biochemistry and instead pursued a career in comedy. 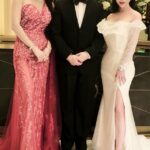 This year, he has a lot in store for fans, with a tour of the US and Canada planned for February 7-17th with his new Chinese stand-up special, “The Tao of Humour.” He is also starting his English stand-up comedy tour, “Bamboo Bottom,” in Boston on February 13th. The tour will see him visit major cities such as New York, Toronto, and Los Angeles, giving fans across the country a chance to see him live and experience his unique brand of comedy.

Click here to view original web page at The Godfather of Chinese Stand-up: A Look at Comedian Joe Wong